Nature or nurture? It's the long-standing question which has mesmerised ethicists, confounded the academy and characterised the ambiguities of political debate throughout the decades.

It's an issue with implications right at the heart of many of the most pressing challenges which our world faces. To what extent are we responsible for our successes or failures? What does it mean to treat people fairly? Are differences in outcomes always the result of differences in opportunity?

Yet in the attempt to draw meaningful conclusions, that sense of satisfying simplicity - of the kind which might be found in mathematics -  is often elusive.

All we can produce with any certainty are partial-truths, reflecting portions of the debate - pieces of the puzzle - but never a fully explanatory theory for interpreting and acting upon the sociological phenomena which we witness around us. Most attempts to articulate all-encompassing answers to this debate either transpire as mere assertions which arise from some intractable ideology, or are simply ill-defined abstractions which do more to obfuscate the issue than illuminate it.

If there's one thing that's clear, it's that the nature/nurture distinction is a false distinction. Most, if not all, of the social, technological, economic and political currents which direct the course of our lives, emerge - whether directly or indirectly - from the basic properties of human nature and the laws which govern the world we live within. Whether by chance or by design, this is a world of cause and effect, in which the destiny of any part of it is dependent on the rest.

However, no matter how comprehensively we perceive this reality, human beings maintain a profound sense of individual autonomy and personal responsibility. It's that moral intuition that's used to justify the obligations which we place on the actions of others - paying taxes, obeying the law and following widely-held ethical standards - as well as what we use to hold ourselves accountable for the choices we make.

It's within the tension of this paradox that I want to introduce a specific issue which our world is grappling with today: the influence of social media.

One of the defining attributes of the internet is that it facilitates the mass sharing and broadcasting of information: by anyone, from anywhere, to pretty much anyone on the planet.

This gives incredible power to those who successfully wield these capabilities. But it's not a hard power, like the coercive force of the state or the ironclad tyranny of the invasive battalion.

It's more like a nudge than a kick. More like a carrot than a stick. But we have found its presence tantalising and irresistible, to the point at which it's become unclear exactly who's in the driving seat of many of our thoughts and consumption.

Whether individuals or corporations, online influencers have generally risen to their acclaimed status through understanding and operating in-step with the way our social media giants are configured to operate. The content and structure of each social media platform generates a whole host of incentives for those seeking online influence.

Let's take a look at some of them.

The reach of content has long been driven by its ability to arouse the emotions of its audience. This has been the case in traditional broadcast media for centuries, and no less applies to decentralised information diffusion on modern social media platforms.

As consumers, we often approach online content on the naive premise that content which is particularly insightful, relevant or important is the most likely to be shared online. However, the relevant research is unambiguous that the 'retweetability' of content is primarily driven, not by its information content, per se, but on its ability to establish and enhance social relations among a given audience. In other words, it's on the basis of the strength of the emotional feeling which the content induces.

This is one of the reasons why sarcastic, cynical, frightening and exaggerated content spreads faster than accurate, precise and evidence-based content. It creates a more profound sense of 'affect' among its audience and (even if only trivially) brings an emotionally-charged community together around it.

2. Tailor the message to the platform

With the rise of social networks, we have transitioned from a simple 'broadcast' distribution structure in which a small number of editors determine what content is published (such as TV, radio and newspapers), to a 'viral' structure in which any single individual is only responsible for a small percentage of the overall transmission (such as on Facebook).

While the overall reach of content on broadcast distribution networks is primarily driven by negative emotional sentiment, contemporary studies have found that positive sentiment can also contribute towards reach on virality-based distribution networks.  This appears to be due to way in which positive content reflects positively on the sharer. Accordingly, the structure of a social network seems to affect the types of content which propagate most effectively.

Since email tends to be more personal and require a greater degree of intentionality - as you need to consciously be aware of who you want to send information to - virality via email is largely driven by informational utility and novelty. This contrasts with virality on social media which is driven more by 'emotional evocativeness, content familiarity and exemplification'.

These provide clear examples of the ways in which the structure of a social network has a significant influence over the types of content which are more likely to go viral.

In order for a reader to chose to share content, it is not only important for it to be pleasing to their particular emotional temperament (a discussed above under point 1), but it also must be pleasing (i.e. congenial) to the attitudes of their audience.

Recent studies have found that the prefrontal cortex and the ventral striatum in the brain compute a measure of value. This measure of value is effectively a qualitative measure of how significant a reward the sharer may expect to receive in sharing the content.

For example, if the potential sharer thinks that their audience would find the content interesting, surprising, humorous or otherwise emotional stimulating, they are more likely to expect a high level of social reward in sharing it. The key here is that the content should enable the sharer to benefit from sharing it (such as in terms of their social status or reputation), by reflecting well on the sharer to their audience.

In general, this means that content which the sharer knows will be received with open arms by their audience is more likely to be shared. This is the fundamental incentive which drives the 'echo chamber' phenomenon. The only exception to this seems to be where the content shared has an extremely high degree of utility to the audience, in which case it may be shared even if the audience may not agree with it.

In short, sharing affects the reputation of the sharer, and they know it only too well.

While much content is timeless in its value, far more content has a tightly constrained window of relevance. This is certainly the case for news-based content, but is also true for celebrity news, entertainment, fashion and political commentary.

Sadly, this reality leads to a strong incentive to produce short-lived content which might grab attention in the moment, but fails to provide lasting positive impact.

Studies have found that the effectiveness of marketing material and self-promotion is also highly sensitive to the times. When social media marketing content is published in a proximal timeframe to external events, the marketing content can leverage the heightened profile of those events to achieve greater levels of virality on social media networks. This effect is amplified further when combined with humour.

The title of 'influencer' has arisen in the past few years to describe someone whose reputation and following on social media lends them to having a particularly high level of influence in their respective field. This includes influence over the purchasing choices, opinions and values of their audience.

When optimising content for maximal share-ability, several recent studies find that targeting these key influences is a key priority. By targeting a small number of influencers (such as through tagging them), content creators can often induce a cascade of viral retransmission of their content.

This aspect of achieving increased reach essentially operates on the basis of the principles above, but represents an amplification of their effectiveness.

The techniques discussed above employed by the social media savvy lend themselves to many of the disruptive phenomena which we experience in the world today. The massively increase participation in discussion, persuasion and potential reach, but also significantly distort the incentives to provide balanced, evidence-based argument.

These is clear evidence that the inherent structures of social media platforms generate the incentives to distort the truth, misrepresent individuals, sideline facts, amplify controversy and ignore opinions which might differ from your own.

In a culture which has taken for granted its inheritance of liberty and forgotten its glad and habitual presumption of sacrificial responsibility, we've got a lot of soul-searching to do.

With the tide against us and the air thick with enchanting oblivion, it's for those of heroic memory and far-sighted clarity to carve the way of freedom in this, our techno-mesmerised age. 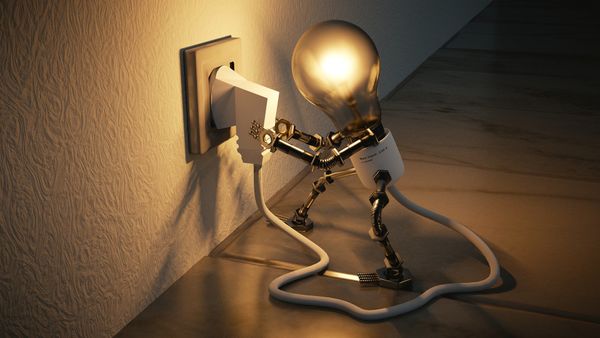 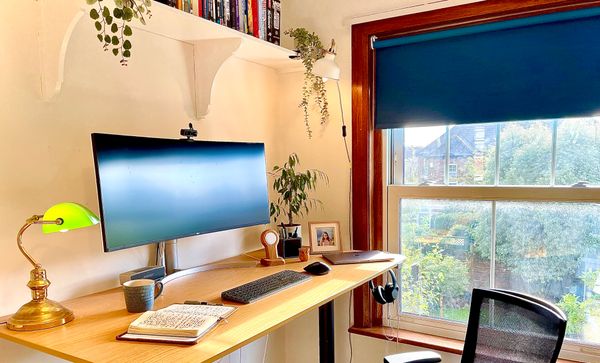 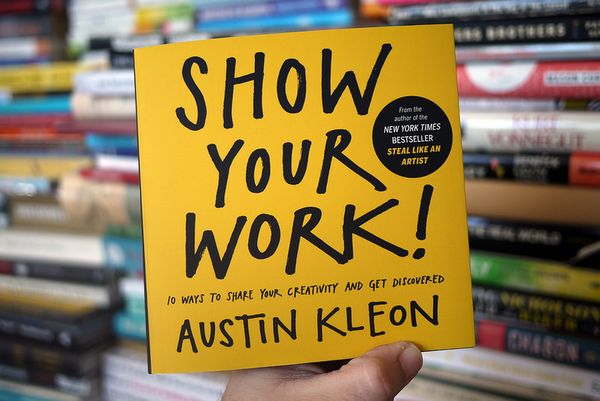 Book SummaryWhoever you are and whatever you do, share what you do with the world. We don't want human spam, but people love to see the inner workings of the creative mind. Think process not product. Share little snippets from your work. Over time, your accumulated body of content will